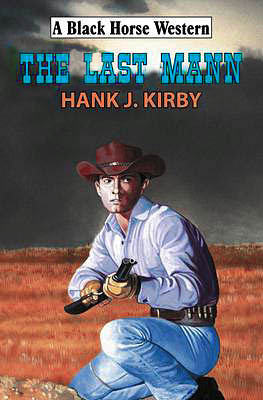 Jubal Mann was the closest he’d ever been to realizing a long-held dream. With all his experience following the wild and dangerous cattle trails, from the Rio to Canada, he figured he could start a new breed of cattle: Longhorn Cross with imported Angus Red.

Mann was convinced that the best of the hardy, self-sufficient Longhorn combined with the meat-bearing quality of the Angus would put top-notch steaks on the plates of a nation, and dollars in his pocket.

However his past came back to haunt him: just as he had his dream within reach, killers moved in and he found himself with his back to the wall, and a smoking gun in each hand.

Cattle breeding is just the backbone to this story, it plays little part to the main thrust of the plot, this being a bounty placed on Jubal Mann by an unknown enemy, which leads to a number of well written violent confrontations.

The pace of the book is superb, as one would expect from this author – Hank J. Kirby being one of the pseudonyms used by Keith Hetherington: a writer who has been putting out quality westerns for many years. The story also offers a number of surprises, and the twist that comes along about half-way through the book was completely unforeseen by me and meant it was virtually impossible for me to put the book down from then on as I had to discover what would happen next and how it would all play out.

Even though the reader knows who is behind the attempts on Mann’s life, the why isn’t revealed until the author is good and ready to tell. By the end, all the plot threads are neatly tied up and I was left eagerly looking forward to Keith Hetherington’s next book.