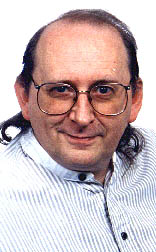 Hard to tell, exactly. I guess I sort of started thinking about it when I began college for the first time (I dropped out after a year and didn’t go back for several years). I was encouraged by a graduate assistant there. It sort of built from that point until five or six years later I thought I might have some talent at it and wanted to do it. So I began working at it. Unfortunately, I’ve not made my living by writing. I‘ve been in journalism for many years now, and have been a copy editor virtually my whole career. I also edit books and other work on the side. 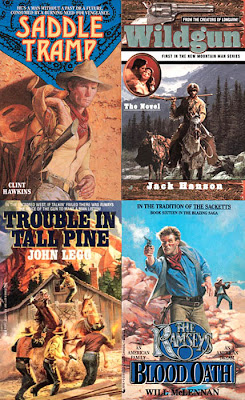 Did anyone encourage you to write, and if so whom?

As I said above, a graduate assistant at college was the first to encourage me. When I got back to college several instructors did so, then some fellow students and eventually editors.

Interesting question. Many writers interest me and I admire their talent, but I don’t know as if I’m influenced by them, per se. The biggest influence was a writer named Janice Holt Giles. I read her book “The Great Adventure,” and was just blown away. She had a series of historical novels in the ‘50s and ‘60s, of which “The Great Adventure” was one. After reading that, I went and read most of the others, starting with “The Kentuckians’ and ending with “The Great Adventure.” As a kid I read — more like devoured — the Tarzan books, which probably had some subliminal influence years later.

My first was, indeed, a Western (all my novels have been Westerns). It was titled “Cheyenne Lance.” 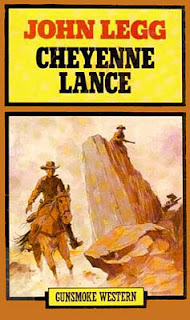 I just love it. The time, the place, the history. I’ve always been attracted to Westerns, mostly as movies, when I was young. I still don’t read that many Westerns. (I don’t want to unconsciously copy an idea)

What is the biggest challenge in writing a western?

Getting the history right, I think. Western readers are knowledgeable, especially about things like weapons and clothing and dates. 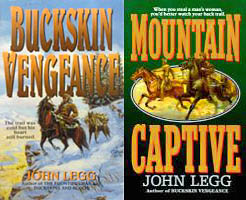 Many of your westerns are about Mountain Men. Do you prefer writing about this time period rather than the time after the Civil War?

Did your Forts of Freedom series involve more research than other books, and how important is historical accuracy in westerns to you?

Yes and yes. The books in the Forts of Freedom series were historicals, so they were heavily based on real people/places/events. 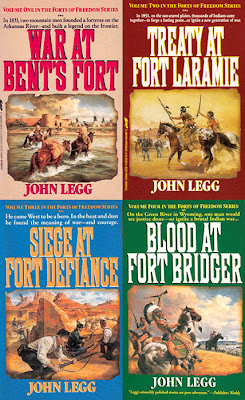 One of my all time favourite western series was Saddle Tramp that you wrote under the name of Clint Hawkins, and I was disappointed it ended after eight books. You sure didn’t give Wade Calhoun an easy time of it, and he had to be the unluckiest man ever when it came to horses. Was this something you planned or did it evolve as the series developed?

I was disappointed that it ended, too. I liked ol’ Wade. And yeah, I did give him a hard time, but he was able to handle it. As for the horses, I just did it in the first couple, then decided this would be a trademark, of a sort. After five or six, though, it got to be a bit harder to come up with ways for his horse to go under. 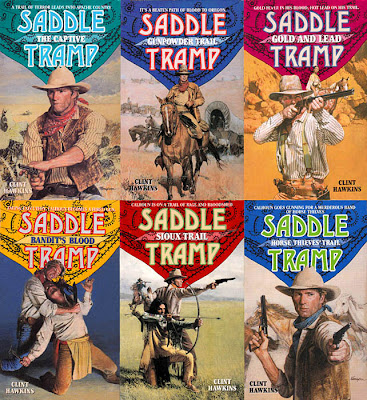 Book 6 in the Wildgun series seemed to read as if it was the last, even the title, End of the Hunt, implied this too. Nearly two years later book 7 appeared. Why such a big gap and was book 6 originally planned to be the end of the series?

Yes, it looked as if No. 6 was going to be the last, so that’s the way I wrote it, though I did leave it at least a little ambiguous. Then they decided that the series deserved a couple more adventures, and voila, No, 6 was not the end of the hunt. 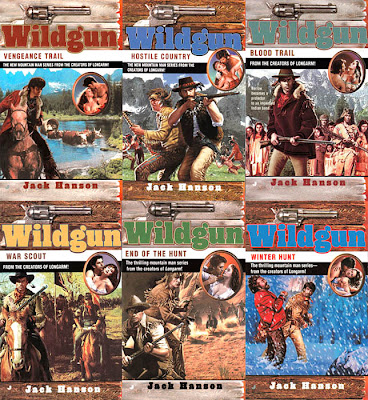 There are some fairly lengthy gaps between the publication of the Joe Coffin books. Did you originally plan to write a series about Coffin or was he a character you created as a one off that you liked and then decided to write more about?

“Arizona Coffin” was just going to be a stand alone. Then I decided I liked Joe Coffin a lot, so I brought him back now and again. 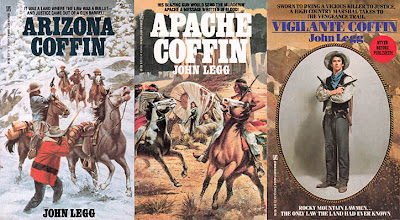 You’ve written for a couple of series, The Ramseys and Texas Tracker, that were started by other authors. Did you find writing about someone else’s characters as easy as writing about a character you created yourself?

It’s a little tougher, since you don’t “know” the character as well. But, I always tried to give those characters a little of my own “style.” It’s also a bit harder to fit your story into the “history” of the character, but not that difficult. I think the biggest trouble I have with them is that I have my own “voice” and it’s very difficult to emulate, as it were, others’ styles. 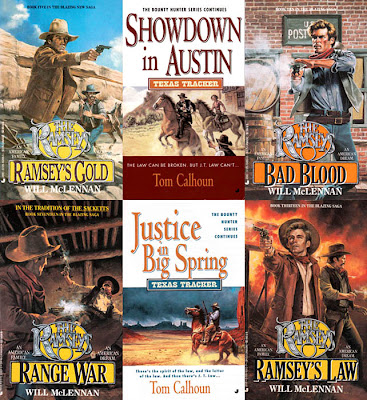 Your last western, To Face a Savage Land, appeared in 2007. Can we expect more new books in the future?

I certainly hope so. As you noted, I’ve not been published for some time, but I have some things in the fire now, so hopefully something will open up soon. 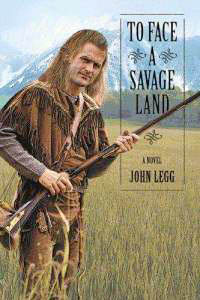 This is a common question for writers, I think, and a tough one to answer. The clichéd response is that this is like trying to name your favorite child. I don’t think I could pick just one, but among those that I might recommend are for historicals, “War at Bent’s Fort,” and “Blood at Fort Bridger”; for mountain man adventures, “Buckskins and Blood,” “Winter Rage,” and the Thunder Trilogy; and for traditional, post-Civil War stories, “Apache Coffin” and “Sheriff’s Blood.” Sorry, I know that’s an awful lot. As to why, well, for Bent’s Fort, I’ve always had a fondness for William Bent, a real person who is the central character in that novel. Same with Jim Bridger. For the rest, I think the characters as well as the stories are appealing. 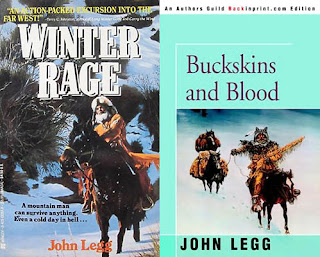 Please tell us a little about your book Shinin’ Trails: A Possibles Bag of Fur Trade Trivia.

As I mentioned before, the mountain man period is my favorite period of history. I had been reading about it for years, and picked up lots of tidbits and interesting facts. So I thought I’d put them together then use a trivia format to give it a little extra kick, rather than just putting down some dry facts. It was a fun project. 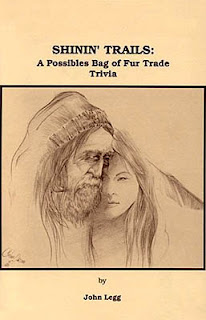 Are any of your older books available as e-books, and if not have you considered publishing some this way?

I think “To Face a Savage Land” is available as an e-book. But none of the others are as far as I know. I have considered it but at this point I’m not sure how to go about it. I’m beginning to look into it, though.

As far as the writing goes, I think the genre is stronger than ever. The problem lies in the publishing world. Publishers are hurting in general, so have cut back across the board. Few are doing Westerns these days. The other part of the problem as I see it is that young people, by and large, don’t read as much and those that do don’t seem much interested in the genre. Because of all that, I don’t think the future is very bright, and that’s very saddening. On the other hand, there have been some news reports recently about a number of Westerns being prepared for TV. That’s a good sign, though whether they will actually take off, and whether they reboot the genre in print (or e-book) remains an open question. I sure hope so. Trouble is, every time some Western movie or TV show pops up, some folks start seeing it as the long-awaited revival of the Western. But it has never taken place. 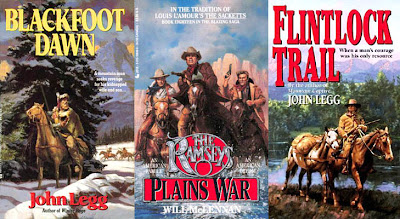 If you could write a sequel to any western (not your own) which would it be and why?

I can’t really answer that. As I said, I don’t really read that many Westerns, and most that are any good, I wouldn’t presume to even dream about doing a sequel.

“Jeremiah Johnson.” While it’s actually almost a decade after the end of what’s considered the mountain man period, and there are a number of flaws, it still has the essence of what a mountain man movie should be. Hell, it’s what a *movie* should be: Lots of movement and action, spare dialogue but what’s there is sparkling, good characters, both main and secondary, gorgeous scenery and settings. Simply put, it touches something deep in me. 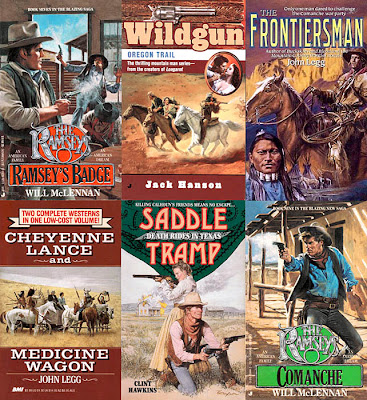 Excellent interview. I've always enjoyed and admired John's work and had a fine time visiting with him at a convention or two.

It has been a long time since I've read a John Legg novel. Think I'll have to correct that oversight.

I sure learned a lot about this prolific Western writer. I look forward to getting to know him better through his books and maybe at a convention or two. An excellent review.

Another writer whose books I need to get acquainted with :-)

Thanks, Steve, for another fine (and timely) interview. I just came across Mr. Legg's SHOSHONI VENGEANCE. Guess I know what I'll be reading next!

Wish I had time to read all those stories. Great Interview.

Fine interview guys! John has an incredible array of titles and characters, most of which I haven't read but now have on my list. Great work! And what gorgeous covers!

Great interview Steve. Am now reading Buckskins and Blood and it is very good.I looked at all his other books and they look as good.

I came across the author's novel Blackfoot Dawn in a box of westerns I had purchased. Needless to say I loved the novel and have purchased several more of his books since then. Great storylines & the author really knows how to bring the characters to life for the reader. Interesting interview about my new fave western author.