The Cost of Dying 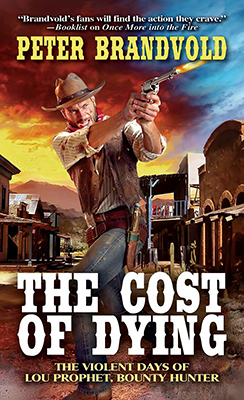 
Lou Prophet decides to cool his heels at a local honky tonk but things heat up fast when he defends one of the girls from a sadistic brute who also happens to be the deputy sheriff. And now Lou Prophet is running for his life . . .

Heading south of the border to Mexico, Prophet isn’t the only man marked for death. The young red-headed pistolero Colter Farrow has made an awful lot of enemies, too—and now practically every bounty hunter south of the Rio Grande is gunning for blood. For money. For fun. And, now, for Lou Prophet . . .

At over 400 pages in length, Peter Brandvold gives his readers a book that never lets up in pace and bloody, violent action from beginning to end. It’s also great to see Prophet teaming up with another of the authors heroes, Colter Fallow. Even though the story is told mainly through Prophet, Farrow is riding alongside for most of the tale and the banter between the two men is often laced with humour which provides some light relief from the savage confrontations they find themselves in.

After some chapters dealing with Prophet and Farrow individually as they attempt to outrun their different sets of pursuers the two men decide to team up for a while and it isn’t long before they rescue a very attractive young lady from a deadly situation which in turn leads to them being hired to find her sister, kidnapped by slave traders.

Things don’t go according to plan and both our heroes soon find themselves buried up to their necks in the ground. How can they possibly escape from this certain death? Obviously, they do, and in the process meet an excellent character in Baja Jack, a drug dealer who could help them find the bandits behind the kidnapping.

Long-time readers of the Lou Prophet books know about his relationship with Louisa Bonaventure—The Vengeance Queen—and she also has a small part to play in this story too, or does she as Prophet begins to believe he imagined seeing and speaking to her. This encounter adds a neat touch of mystery to the story.

There are a number of surprises in store, the main one coming when Prophet finds the stolen girl. The tale contains a high body count and little in the way of explicit sex (something that is often found in Brandvold’s work). After plenty of lead-slinging action the story closes with a final brutal showdown that ties everything up neatly.

This is a book that all fans of Peter Brandvold should make sure they don’t miss, especially if you enjoy reading about Lou Prophet and Colter Farrow. In fact, this is a book that should be on the reading list of all western fans. 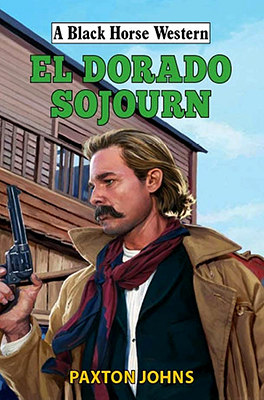 
Born Gallant returns to Salvation Creek on a whim, but this leads to a bloody saga he could never have foreseen. Word from the elderly Frank Lake leads Gallant on a quest to rescue a young lawyer, who has been kidnapped to prevent her from blocking a corrupt Kansas City politician’s chances of fame. To the north of the town of El Dorado, an old line cabin becomes the focus for Gallant’s efforts. But it’s back in Kansas City that the climax unfolds, when Gallant confronts old enemy Chet Eagan in a clawing fight to a bloody finish.

This is the fourth book in Paxton Johns’ series featuring Born Gallant. The story does mention events of the earlier three books and the author does provide enough information for a new reader to the series to understand how those events shape what happens in this tale, along with the relationships between the various characters, so that the book can be read as a stand-alone tale, but I would recommend reading the earlier books first to get the most from this one. Those books being Encounter at Salvation Creek, The Killing of Jericho Slade and The Bloody Trail to Redemption. It’s not just Born Gallant who links the books and once again Gallant finds his life entwined with that of Melody Lake and Stick McCrae, to name but two.

The plot seems fairly straight-forward to begin with, but the author soon slips in a number of twists and turns that soon had me wondering how Gallant and friends could possibly rescue Melody in time to bring down the corrupt politician. It’s these surprising elements that keep me returning to this author’s work along with his ability to tell his stories in a gripping and entertaining style that is a pleasure to read.

There may only be four Born Gallant books at the moment but there are plenty of other Black Horse Westerns from this author to choose from as he writes under other pseudonyms too, Will Keen, Matt Laidlaw, Jim Lawless and Jack Sheriff. His real name is John Paxton Sheriff and you can read an interview I did with him here. If you are looking for a new western author to try then this author is certainly one worth considering. 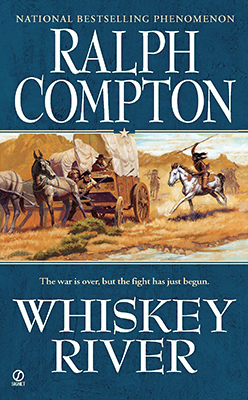