Wrongly convicted of his wife’s murder, Josh Tillman busts out of jail the night before he is due to hang. Rather than go on the run, he heads home determined to prove his innocence and track down his wife’s killer. He has no evidence and no witnesses to back up his story. His father-in-law, cattle baron Stover Meckets, wants him dead and a corrupt prison guard is chasing him, determined to claim the price on his head.

A hanging posse has trailed him from prison and is closing in. When the preacher who conducted his wedding ceremony turns up out of nowhere and has the nerve to stand up for Tillman, he is shot in cold blood.

With no one to help him, can Tillman figure out who the killer is and find enough evidence to prove it before the posse arrives and strings him up from a tree in his own backyard?

In a story that takes place over a very short period of time, Rob Hill perfectly captures the senses of frustration and hopelessness in not just Tillman’s quest but also in Stover Meckets as he is accused of killing his own daughter, something he denies with just as much passion as Tillman does in saying he didn’t kill his wife. In fact a lot of this tale revolves around the struggle to convince others that they weren’t involved in the death of June Meckets.

As the posse closes in the story becomes much more tense and the arrival of the preacher and a group of cowboys further complicates matters and it isn’t long before Tillman feels the bite of a rope around his neck leading to a superb ‘how is he going to get out of that’ moment.

I’ve read a few of Rob Hill’s other Black Horse Westerns and each one has left me eager to try more of his work, Hanging Day equally does that too. If you’ve not read Rob Hill yet then now might be just the time to rectify that.

Wanderlust Creek and Other Stories 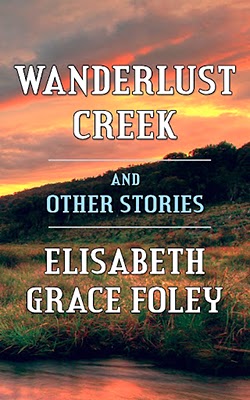 
From the author of The Ranch Next Door and Other Stories come six more short stories exploring the joys, heartaches and laughter of life against the backdrop of the Old West. In Single-Handed, a gunfighter’s courage comes in doubt when he refuses to explain to his friends the real reason he backed down from a fight. The capable proprietress of the busiest eating-house in town handles a day of disasters large and small in the light-hearted The Rush at Mattie Arnold’s, while in Room Service, a hotel night clerk finds himself in on odd position after he allows an exhausted traveler to stay in a reserved room. And in the title story, the novella-length Wanderlust Creek, a young rancher and his wife struggle to hold onto their land and their dreams in the face of adversity from weather, enemies—and even doubts of each other.

Having enjoyed Elisabeth Grace Foley’s previous collection of western short stories and her Western novella, Left-Hand Kelly, I was keen to read this new collection. As I expected the six stories proved to be equally as entertaining as her other work.

All the stories contain likable lead characters who left me hoping that I might get to read more about them one day. Some of the tales are fairly straight-forward and others contain elements of mystery, such as Single-Handed and Room Service, the latter in particular kept me turning the pages to find out just who the stranger was and why he was using such an obvious fake name. Another story sees someone nearly taken into custody due to a mistake that many of us have made in the past, and I really enjoyed how easily a tale could be crafted around such an observation.

Short story collections are always a great way to introduce yourself to new authors, so if Elisabeth Grace Foley is new to you then I’d recommend you try this book. If you’ve already read her work then I’m sure this will be on your to buy list when it’s released on March 2nd. 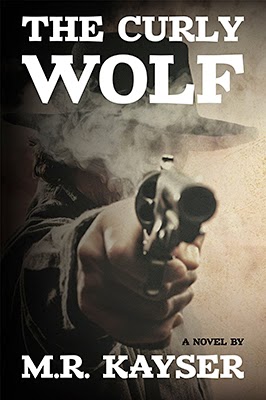 
The settlers in the Redbud Valley are peaceable, God-fearing folk who try to follow the golden rule, but they've been pushed too far by the mayor of Blue Stone, who wants their land and seemingly has the law on his side.

Just as the nesters are banding together to resist the land grab, Blue Stone's newest deputy rides through their valley. Before they realize the sleepy-eyed youngster called Arizona is a veteran gunfighter hired to bulldoze them off their claims, he has already broken bread with them, danced with their daughters...and stolen the heart of one.

Young Theresa Gutierrez believes Arizona is more than a curly wolf with a quick trigger finger and a stone-cold heart, but her parents and neighbors have good reason to believe otherwise. What everyone agrees upon is that, in the brewing range war, the Arizona Kid is liable to be right smack in the midst of the killing.

This extremely well written tale seems to revolve around confused feelings and how to make the right decision from them. The main character to be affected by having to make these choices is Arizona, but Theresa also has to battle with her feelings and Christian beliefs.

Arizona has always been ok with using his gun to move nesters on, but this time his attraction to Theresa causes problems with his usual way of thinking. The law, whom he carries a badge for, insists it’s right to move the nesters on in the name of progress – and it offers good explanations as to why this is right. The settlers also have good arguments strengthened by their belief in God, as to why they should stay. All this leads to devious plots and deadly encounters that surely can’t end well for anyone.

M.R. Kayser has created a terrifically confused character in Arizona and it’s fascinating to discover just which way he will jump when push comes to shove, when some of those he rides with take their job a little too far in his eyes. Seen as being one of these killers Arizona’s relationship with Theresa is surely doomed as he is banned from seeing her by her father.

Yes, we’ve read similar storylines many times before, but this one is so well written it seems fresh and new. Filled with unforgettable characters, plenty of action that doesn’t hold any punches to the horrors of violence, and an underlying Christian message that is subtle enough to be a natural part of the plotline, this is a tale that I think all western readers will enjoy.

The Evil Men Do 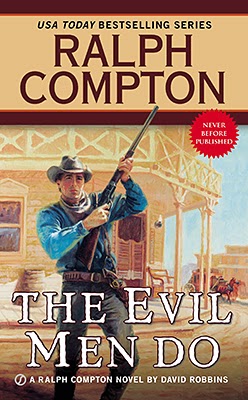 
If things are quiet in the little town of Sweetwater, Marshal Fred Hitch sees no reason to make waves. But when Tyree Johnson shows up, Fred’s relaxed nature is put to the test. At fifteen years old, Tyree is a tough-as-nails bounty hunter with no patience for anyone calling him “boy.” He’s come to apprehend a killer who escaped from Cheyenne and has been hiding in plain sight in Sweetwater.

To save face and his town’s good name, Fred must ride with Tyree and his prisoner all the way to Cheyenne. The unlikely pair has a rough trail ahead of them, and as tough as Tyree is, he has some lessons to learn about the evil men do – and how to survive it.

David Robbins has created three superb characters to tell his story through. Fred Hitch who would rather talk and be friends with everyone good or bad instead of facing danger with gun in hand. Tyree, who has a reason for being a bounty hunter, needs the money for information on men he’s been searching for for a long time. Aces Connor, cowboy and reluctant gunfighter who will teach Tyree the art of shooting and hopefully in doing so save all their lives.

Each of these three men have their own reasons for teaming up to escort the prisoner who causes them more than one problem. But it’s after their captive has been dealt with that they find themselves in what seems like a suicide mission that surely none of them can survive.

This book has everything you’d expect from a David Robbins novel, fast in pace, twists and turns, believable dialogue laced with humour, and lots of hard hitting action. Everything building to a final showdown that’ll take your breath away and leave you wanting more.

Top class entertainment that should be on the reading list of all westerns fans. 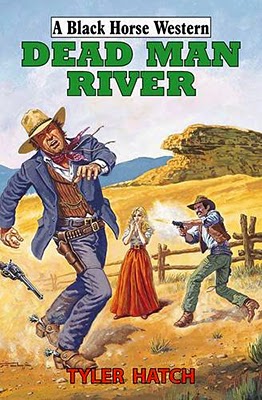 
It seemed like a wonderful solution to Dave Brent’s troubles: exchange identities with the dead man he found floating in the river and that should be the last he would hear of the Vandemanns, who wanted his blood.

But the dead man was more popular than he reckoned – and a lot of men wanted to find the man now using his name: if they caught him, he could choose to die either by torture or a quick bullet. Dave didn’t want to settle for either choice.

This extremely fast moving story illustrates how making rash decisions can bring even more problems down on your head, meaning this tale is full of twists and turns and how is he going to get out of that situations.

There’s plenty of action involving both guns and fists, as Dave struggles to clear his name of both the deadly trails he straddles, and he finds no-one is to be trusted.

The reason people are hunting the dead man Dave finds can’t be revealed here but I will say it sets the book up for a terrific ending that has an excellent final sting-in-the-tail.

As many regular readers of this blog will already know, Tyler Hatch is a pseudonym used by one of the best western writers in the business; Keith Hetherington. Once again he has written a superb tale that has me eagerly waiting for his next book to be published. If you’ve yet to discover his work then Dead Man River would certainly be a highly recommended place to start.