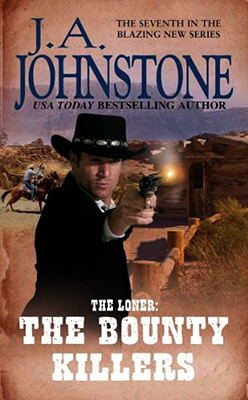 A Conversation with Doc 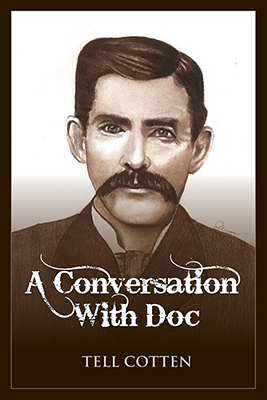 When Doc Holliday arrives in Tombstone, all he wants is to gamble, live peacefully, and allow his ailing lungs to recover. However, soon Doc must choose; betray his friendship with the Earp’s, or join them in the most famous gunfight of all time.

Having greatly enjoyed reading the books in Tell Cotten’s Landon Saga I was looking forward to reading this. Tell has said it took him three years to write, due to putting out books in the Landon series and researching Holliday and the events in Tombstone to ensure he got his facts right.

A Conversation with Doc is told through Holliday as you’d expect. The opening chapter, and others, have Doc answering questions put to him by reporter Kate Fenady. The rest of the book is also told in the first person as the reader witnesses events leading up to that gunfight at the O.K. Corral and what happened after.

Political manoeuvrings provide intrigue as the Earp’s clash with a group of outlaws called The Cowboys. Loyalties are tested to the limit as Doc is also accused of robbery. Doc is superbly crafted character whose often humorous outlook on life had me laughing out loud and these comments added some welcome light relief to the darker deeds the Earp’s have to deal with, not least the loss of a family member.

All the main players of that time in Tombstone have roles to play, people such as the Billy and Ike Clanton, Tom and Frank McLaury, Billy Claiborne, Johnny Behan, Curly Bill Brocius, Johnny Ringo and Big Nose Kate to name just a few.

The story is told in the smooth and very readable style of Tell Cotten that soon had me engrossed in this tale. Dialogue is believable, action scenes vivid and visual and the pacing superb.

If you’re a fan of Tell Cotten’s Landon series then this is a must read as it is for anyone interested in Doc Holliday, The Earp’s and The Gunfight at the O.K. Corral. If you’re just looking for a well told, exciting western, then this book could be just what you’re looking for.