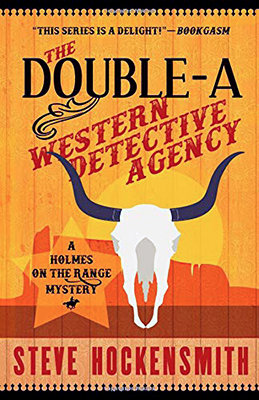 Also available as an ebook
Posted by Steve M at 15:05

I started with the book of 7 short Holmes on the Range mysteries, finished last night. Entertaining read, I will read another.

Sounds good to me.