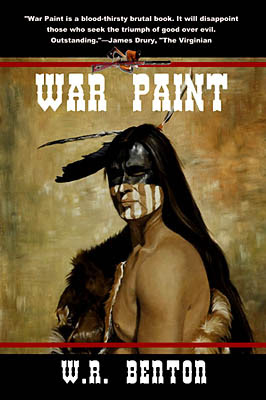 
First printed as a paperback by Dancing Fox Publications, January 2013


George Alwood III, is a spoiled and rich young man who heads west to become a mountain man in 1825. Taken under wing by two experienced old mountain men, George Alwood the third becomes Bear Killer the mountain man. After a short visit with Shoshoni Indians, Bear Killer finds himself with an unwanted wife and though he resist's, he eventually learns to love her. A cold and hard winter in the mountains brings him closer to his bride, as he learns to live as a mountain man, and just before spring she informs him a child will soon come. Content now, with a canvas shelter, campfire, dried meat, and soon to be family, Bear Killer reflects on his rich and pampered background.

After his wife and unborn child are killed by white men, the young mountain man makes a promise to avenge their deaths and he's swept up into a deep sense of rage. He finds, however, the men he is searching for are hard men to pin down and even harder to kill.

W.R. Benton is a new author to me and a quick search reveals he’s had a number of books published before this one also featuring mountain men. This story proves he is very knowledgeable about life in that period. The tale includes lots of factual information about trapping, different tribes and, in particular, medicines and doctoring of the time. None of this comes across as being explained by a teacher explaining the hows and whys, but instead fits smoothly within the tale, becoming a natural part of the storyline.

George makes for an engaging hero and it’s fascinating to see how he changes from being green to an experienced mountain men. There are plenty of other great characters too, such as the two men who take him under their wing and teach him how to survive.

Action scenes are well described and the more graphic paragraphs tend to be reserved for the doctoring of the wounded. The story develops well and I found myself sharing the frustrations Bear Killer felt as bad weather forces delays in tracking the men he so desperately wants to bring to justice.

At the finish of the book I couldn’t help hoping that Bear Killer will return in the future. In the meantime I reckon I’ll be checking out some of W.R. Benton’s previous novels.

The book includes two glossaries, one each for mountain man and medical terms.

Steve; great review as always. I just purchased this book as a result of your review. I bought the Kindle version.