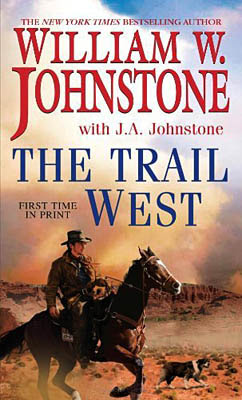 
In 1848, Dooley Monahan, son of struggling Iowa pioneers, went off to pick up a new milk cow. Young Dooley never came home. Now, nearly three decades later, Dooley Monahan has become an accidental legend, managing to plant a bullet in the chest of a dangerous outlaw. All Dooley really wants is to claim his reward at a bank in Phoenix and make his way north to a gold strike he read about in a newspaper. But fate has other plans. It starts with a family slaughtered by Apaches, a dog smarter than most humans Dooley knows, and a girl with a wounded soul. And the blood-hungry brothers of the outlaw Dooley killed will not give up their pursuit until they’ve avenged his death.

The farther Dooley tries to head north, destiny pushes him west. His trail is populated by strange friends and dangerous enemies, strewn with bad luck and bad blood – and frequently interrupted by sudden storms of gunfire.

I’ve always liked westerns starring an older main character and Dooley Monahan definitely falls into that category. He struggles with the aches and pains of both old age and old wounds. He also suffers with bouts of memory loss that sees him with no recollection of who he is, what he’s doing, and of who those he rides with are. These failings, combined with his strengths, make him all too human and easy to identify with.

The author also teams Dooley up with a couple of excellent trail companions, Sweeney, a young man with nowhere to go, the even younger girl, Julia, with a heart-breaking past, and, not forgetting, Blue, the dog that adopts Dooley and makes this a western that all dog lovers should find irresistible.

The story follows a meandering trail that sees this small group of people thrust into all kinds of deadly situations, and, at times, touches on some very dark themes, such as that that Julia is running from.

The end is both downbeat and uplifting and came as a surprise, leaving me hoping it won’t be too long before Dooley rides the trail again (the book has been announced as the first in a new series), and I feel confident in saying that I’m sure the Johnstone’s have another best seller on their hands.