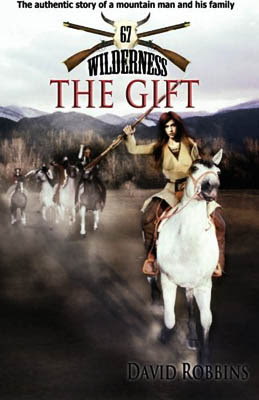 
Nate King’s daughter is sixteen and in love. She conspires to trick her father and sneak away with the warrior who has claimed her heart.

Only they don’t know that four killers are on the loose, slaughtering settlers and anyone else they come across.

Now it’s a race against time as Nate tries to find his headstrong pride and joy before the killers do.

At last, the return of the Wilderness series, something I, and many other fans, have been patiently waiting for. Now published by Mad Hornet Publishing and put out under the authors’ real name, David Robbins, instead of the pseudonym of David Thompson.

Filled with excellent descriptive prose that puts you right into the wilderness, sharing the dangers of the wild, feeling the power of emotion through both fear and love, this book once more proves just why the series is held in such high regard by both male and female readers.

Switching between the various groups of characters regularly means David Robbins often leaves them in cliff-hanger situations which urge the reader to keep turning the pages. Action scenes steal your breath and make you wonder just how they can escape alive, just witness Zach being trapped up a tree whilst a grizzly strives to make him its next meal to see what I mean.

Through all the tense situations there is plenty of cracking dialogue, some of which made me laugh out-loud, mainly whilst Dega, the Indian Evelyn King is in love with, tries to make sense of the white man’s language he is struggling to learn.

And what of the gift of the title? Sorry but I cannot reveal that here, other than say it will get you thinking.

Once again David Robbins doesn’t disappoint and strengthens my belief that this is one of the best western series being written today. Let’s just hope it isn’t too long before the next Wilderness book is released.

The Gift is available as both an ebook and paper book through Amazon, and will be for sale through other book sellers soon.
Posted by Steve M at 22:04

Thank you for your kind comments. The next one is in the chute. Mad Hornet hopes to publish them quarterly, as Dorchester did. :)
David