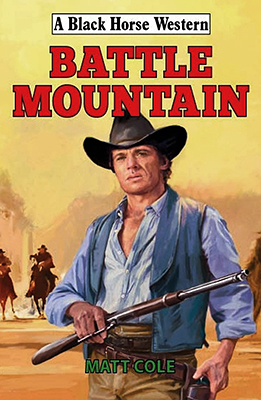 
Clay Parker and his cohorts are what is left of the once-infamous Tulley gang. They have waited five years to get the money they stole from a bank, which they believe has been hidden by one of their own – and he has just been released from prison. Now Hugh Donahoe is meeting up with his daughter Mena in the town of Battle Mountain. When his old gang mates confront him, he is killed. The money is not found, however, and the gang suspects that Mena has hidden it in a trunk, which is being carried across the Nevada plains and on its way to Oregon. Parker devises a plan to attack the mule train to get to the stolen money. But Parker is unprepared for the grit of Glen Maddox and his freighters.

Filled with colourful and strong characters of both sexes, this tale gallops along. The author regularly switches between the different groups of people before bringing most of them together for a tense final fight that involves some blood and whiskey thirsty Paiute warriors too.

Maddox and his crew, along with Mena Donahoe and some of her fellow travellers have no idea there might be money hidden amongst the freight. The author doesn’t reveal its whereabouts until near the end, but for the reader it doesn’t take much working out as to where it is hidden. This doesn’t lessen the enjoyment of this fast-paced tale and I’m now looking forward to picking up another of Matt Cole’s books soon.

As he does in some of his other books, Matt Cole begins this one with a poem. This time he’s chosen Dreams by Helen Hunt Jackson from 1886. You can easily find this and in-depth analysis of it on the internet. Beginning his westerns this way makes them somewhat unique in the Black Horse Western line as I can’t think of any others that begin in this way.

Good to learn about another author I haven't read.